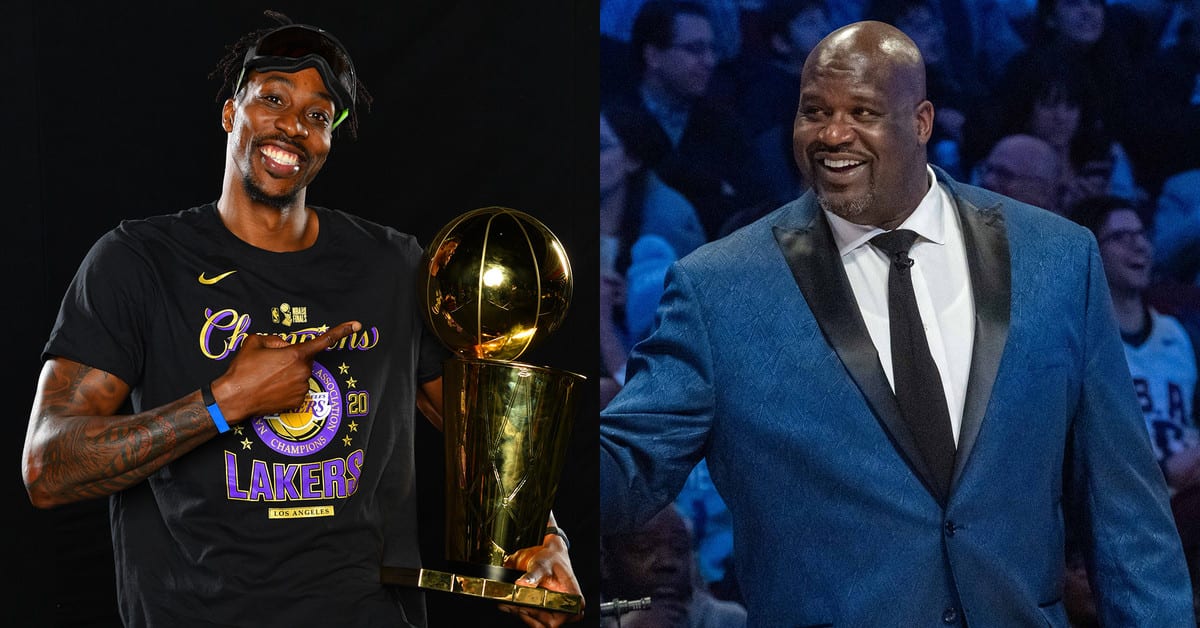 Former Los Angeles Lakers big man Shaquille O’Neal has been critical of current Lakers center Dwight Howard and after winning the title with the 2020 Lakers, Howard may have irked “The Big Diesel” once again.

Following their Game 6 win, Howard went to Instagram live to deliver a speech on never giving up on your dreams.

O’Neal called Howard a “frontrunner” and a “bandwagon jumper,” which was light stuff compared to other things Shaq said.

He also told Howard to “sit your ass down” while saying Howard did “nothing” during the NBA Finals.

“Post one pic and sit yo ass down…Shut yo ass up. You ain’t do nothing.” pic.twitter.com/y7PKUqOqfq

Those comments came while Shaq was on “The Big Podcast with Shaq.”

He was, however, careful to not mention Howard by name, but he did mock the “follow your dreams” part of the speech.

In years past, Shaq has been critical of Howard, attacking his attitude and Howard suing Shaq’s nickname “Superman.”

The Diesel has also expressed disappointment over Howard’s failure to realize his full potential.

He even laughed at Howard for receiving a tribute video from the Atlanta Hawks.

Of course, Howard has been vocal about the criticism and he has even told O’Neal to move on more than once.

Shaq has always told Howard to go win a ring, and it seems now that Dwight Howard has earned his ring Shaq is not quite ready to stop criticizing the future Hall of Famer.