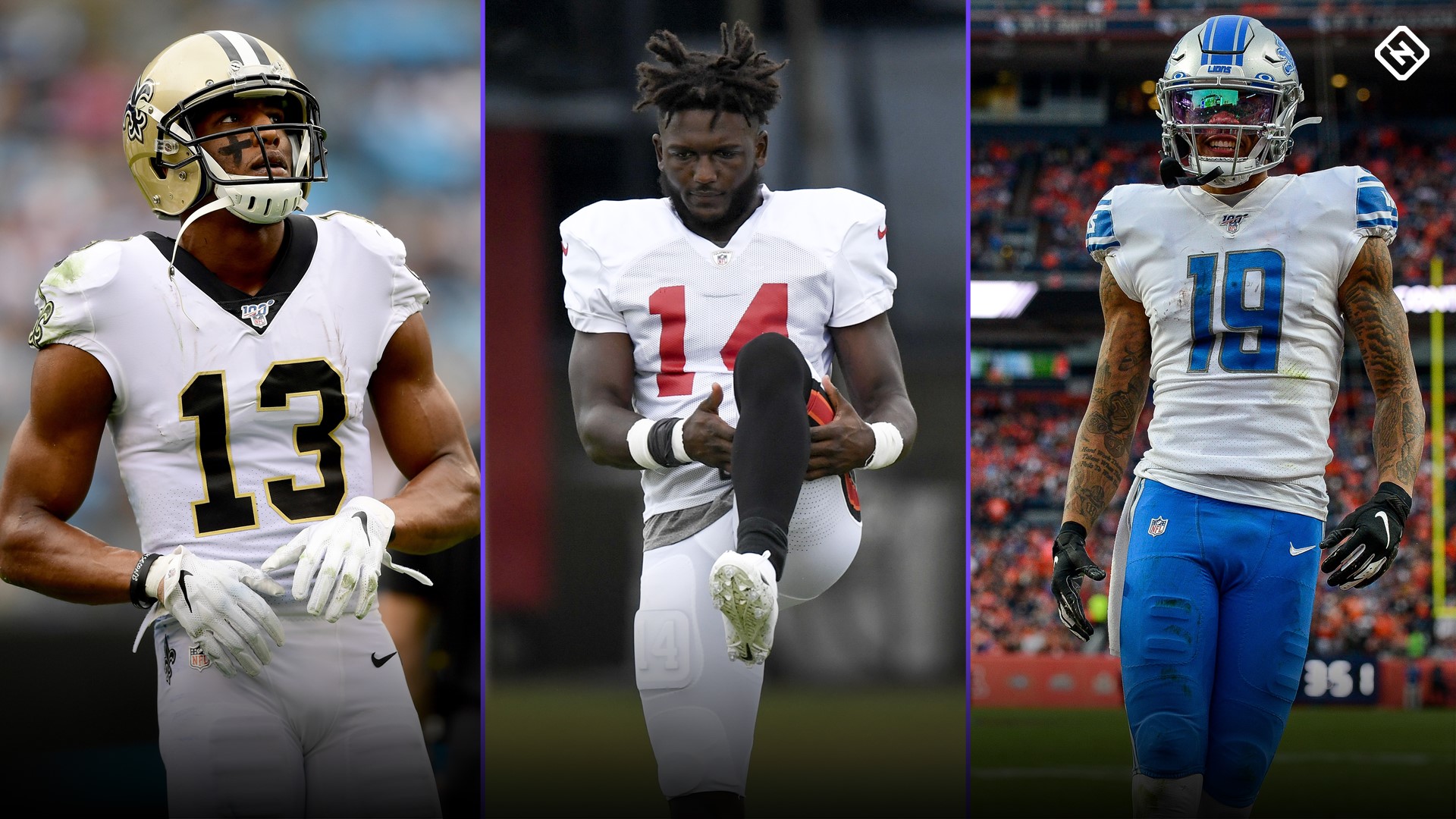 In addition to all the injuries coming out of Week 2, there were a handful of top wide receivers who missed action altogether due to injury: Michael Thomas, Chris Godwin, Kenny Golladay, A.J. Brown and Jamison Crowder. Those five guys have a chance to make it back for Week 3, but their availability will be known more once practice reports and more news come out as the week goes on. Right now, they’re big question marks impacting our Week 3 wide receiver rankings and affecting possible sleepers to pick up off the waiver wire.

Thomas missed the Saints’ game in Las Vegas on Monday night due to a high-ankle sprain he picked up late in Week 1 against the Buccaneers. The initial reports had suggested Thomas would miss multiple weeks with the injury, although he wasn’t ruled out for Monday until the weekend despite not practicing all week. NOLA.com broke down other reasons why Thomas’ injury could keep him out a number of weeks, too.

There’s always a chance Thomas feels compelled to rush back with the Saints’ passing attack in disarray, but players do historically miss multiple weeks with high-ankle sprains. Emmanuel Sanders only had one catch in Thomas’ absence, while Jared Cook and Tre’Quan Smith were the main beneficiaries. Smith is worth a waiver pickup if still available in 12-team leagues, especially for Thomas owners.

It’s safe to plan on starting Godwin in fantasy this week, especially with Denver’s defense dealing with numerous injuries. Godwin’s return pushes Scotty Miller back to the brink of fantasy irrelevance, although he could still matter some weeks in PPR formats.

Golladay has missed the first two games of the season due to a hamstring injury. According to ESPN, the Lions’ top WR is expected back for Week 3 when the Lions take on the Cardinals.

A return to the field for Golladay should mean a return to fantasy lineups for a solid WR2 option, especially against an underwhelming Arizona defense. Golladay’s return makes Marvin Jones Jr. nothing more than a flex play, while Danny Amendola and Quintez Cephus only retain value in very deep leagues.

Brown missed Week 2’s game with a bone bruise on his left knee. Reports from the weekend suggest there’s still a chance Brown’s injury keeps him out longer. Brown didn’t practice Thursday or Friday last week, so a return to the practice field would be the best sign that he could be on his way back.

Adam Humphries has PPR utility if Brown remains out, but a Brown return means he’s the top option in this passing attack and a great play against the Vikings in Week 3, with Corey Davis returning to a flex-level play. Ryan Tannehill looks likely to continue his consistent play regardless, but a Brown return can only help him in Week 3’s favorable matchup.

After a big Week 1, Crowder missed Week 2 with a hamstring injury. Crowder missed Thursday and Friday practice last week, but his injury isn’t expected to be long-term, and he could be back as soon as this week, according to ESPN.

Breshad Perriman is also dealing with an injury and looks less likely to play in Week 3, so Crowder could be looking at all the targets he can handle. He’s a flex option in PPR leagues against the Colts. Chris Hogan and Braxton Berrios have some PPR intrigue only if Crowder and Perriman are both out.